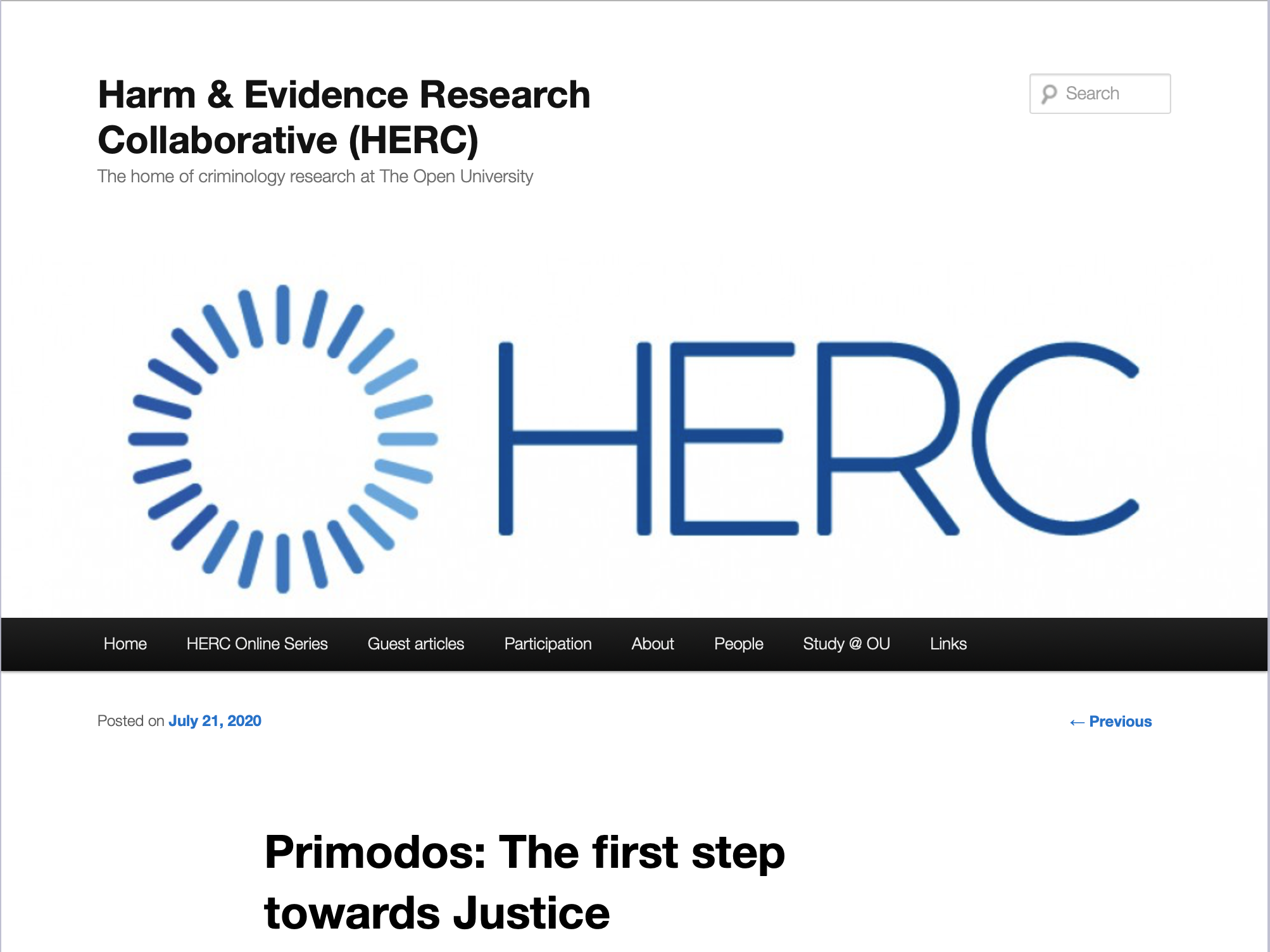 Primodos: The first step towards Justice

HERC: In this article, Sharon Hartles reflects upon the significant impacts of avoidable harms that have been perpetuated for decades through a culture of denial and an absence of state and corporate pharmaceutical accountability. Sharon Hartles was awarded an MA in Crime and Justice (with distinction) from The Open University in December 2019 and is a member of HERC.

Primodos was the most widely used hormone pregnancy test prescribed to women in the UK. During 1958 to 1970 Primodos was marketed as a hormone pregnancy test and for the treatment of secondary amenorrhea. However, this was changed to just the treatment of secondary amenorrhea from 1970 to 1978, at which stage Primodos was withdrawn from the UK market. When Primodos was placed on the UK market in 1958 there was no centralised structured pharmaceutical regulation. In other words, no licence was required, no specific safety test was needed and there was no general consumer protection legislation.

In 1978, the Association for Children Damaged by Hormone Pregnancy Tests, was set up in the UK to represent families who suffered congenital abnormalities, stillbirths and miscarriages, allegedly due to taking the oral hormone pregnancy test Primodos. Decades of fighting for justice to uncover the truth about the failures of past Government Health Regulatory Authorities led to a review being commissioned in February 2018, by Jeremy Hunt, the then, Secretary of State.

The announcement in the House of Commons was for a review into how the health system responds to reports about harmful side effects from medicines. This stemmed from patient-led activist campaigns on the use of: hormone pregnancy test Primodos, sodium valproate and surgical mesh. Jeremy Hunt stated “patients and their families have had to spend too much time and energy campaigning for answers in a way that has added insult to injury for many.”

Two and a half years after this review was commissioned, on Wednesday 8th July 2020, the Independent Medicines and Medical Devices Safety Review published the First Do No Harm Report. This Report, together with the additional supporting documents to accompany it including: Personal Testimonies, Oral Hearing Transcripts, Hormone Pregnancy Tests Supporting Information, Timeline Key Events, History of Regulation and the Press Conference Speech (by Baroness Julia Cumberledge, CBE, Chair of the Independent Medicines and Medical Devices Safety Review) evidence unequivocal systemic failures and a clear link between PRIMODOS and its tragic side-effects.

Marie Lyon, Chair of the Association for Children Damaged by Hormone Pregnancy Tests and active campaigner for justice, since 1978, on reading the First Do No Harm Report, declared “I’ve tried to be very calm and I can’t. It’s the fact it’s been acknowledged. They’ve actually looked at the documentation honestly and openly and for me that is the biggest result for our families today. They will be absolutely overjoyed.”